Have you spotted that all Buddha statues have very large ears, far bigger than they are in regular people? There are several versions of it. Let’s consider them below.

According to one, Siddhattha Gotama is considered a founder of Buddhism, and he is called one of Buddhas (those who connect god and people in this religion, helping them to step out of the endless cycle of reincarnations and reach nirvana). He was a man who was growing in royal luxury, one of the popular manifestations of which was carrying massive gold earrings. They pulled his earlobes down.

As for another version, Buddha during his life was carrying tunnels in his earlobes, which were needed in certain religious rituals. With age, holes in ears became larger, as skin turgor deteriorated.

Another version is as such. In most Eastern cultures large ears are associated with wisdom and compassion. On the West, on the contrary, people admired small ears. To depict Buddha as wise and compassionate, which would be comprehensible for all Asian beholders at once, creators of Buddha statues have decided to enlarge his ears on purpose. 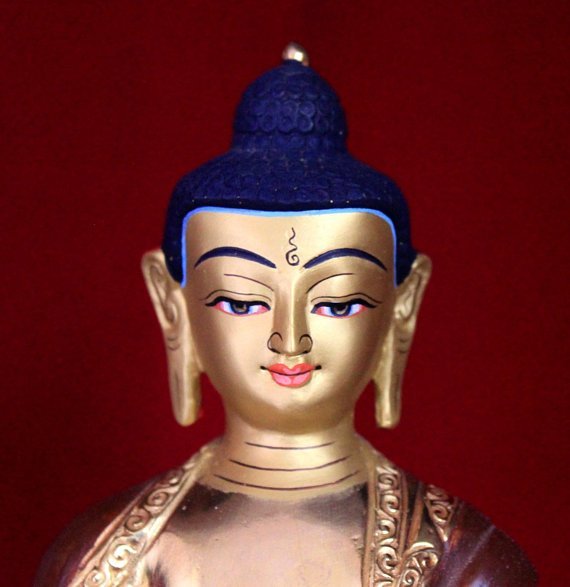 This can also be associated with Buddha’s desire to hear everyone and every prayer so as not to deprive anyone of his help. And he used to listen not only to individual people but also to the entire world, as everyone, according to the beliefs of Buddhism, could speak to Him.

Also, some theories say that Buddha belonged to a bygone race, which simply had too large ears compared to modern people.

Depicting Buddha with large hearing organs is today recognized as one of the significances of Buddhist iconography. And this detail not only concerns Buddha but also Bodhisattvas, who have reached enlightenment (obviously, because they have attained wisdom and compassion, which are parts of nirvana). Also, seeing large ears has to remind people to not forget to reach for wisdom in their lives and be compassionate.