Shortly put, yes. The Moon gets away from us with a speed of 38 mm a year. To understand why this is happenings, let’s dive into far history.

About 4.5 billion years ago, our planet did not have Moon at all. Another planet, sized like Mars, collided with our proto-planet, creating a huge pile of cosmic debris, which formed during several hundred million years into what we call the Moon today. The impact has changed a lot of things:

Right after the formation, the Moon was as close to Earth as 14,000 miles – compared to 250,000 miles today (17.8 times closer). Such proximity started many processes, one of the most important of which was tide on dry land and in oceans. Tides of hundreds of meters high in waters served as a huge stirring spoon for an organic bouillon that contained atoms and molecules, which eventually joined together to start life on Earth.

But every rotation of the Moon makes our planet lose an insignificant moment of the impulse of its rotation, slowing it down for a millionth of a second (now, it is 24 hours instead of 4.5 hours that it was 4.5 billion years ago). With each such slow, the laws of preserving the moment of impulse and preserving the energy work result in Moon getting a bit away from what it was one rotation ago (because, as Earth slows down, the moment of impulse is compensated by a bit bigger altitude of the Moon). With another turn, things repeat. Over time, Earth slows less and less, so Moon gets farther lesser, and lesser. Eventually, it will stop running away, being equalized in some still position. 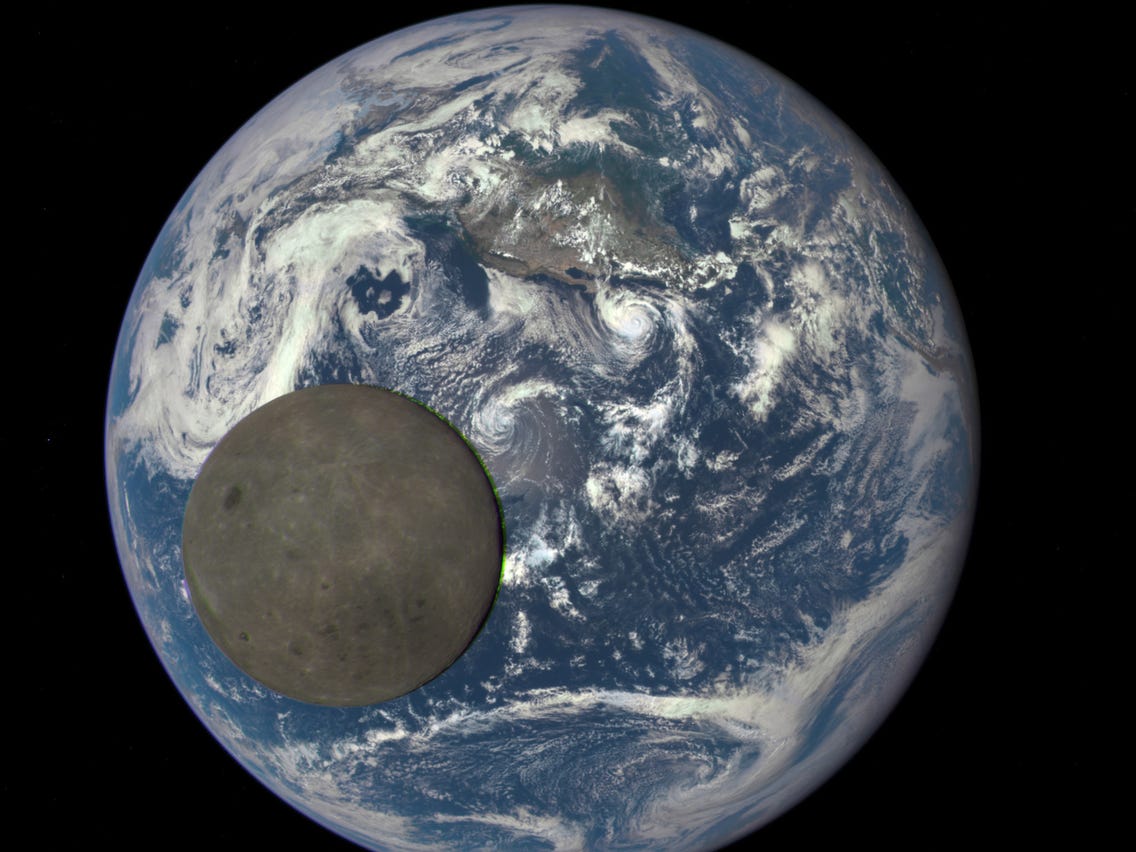 Also, during the formation of the Moon, it looks like the heaviest components of the space debris were attracted to Earth more than the lightest, which resulted in what we see – Moon is always rotated with one side to us, being pulled with the gravity of our planet. But as Earth was much bigger, it continued to rotate. Scientists tell, from 5 to 15 billion years have to pass until the pair of Moon and Earth will stop rotating individually and will be locked in gravitational bound. That is, Earth will be always turned the same side to Moon, the same as Moon is turned to us now. This will make all tides to stop and any tectonic and volcanic activity will be significantly reduced (if not stopped). But by that time, our planet and several others will burn down in our Sun’s supernova blast.