Petroleum also called crude oil or simply oil is a very important factor of the local state of the planet’s economy. It is calculated that every day, our planet spends about 100 million barrels of oil. It is a source of gas, gasoline, plastics, technical ointments & greases, asphalt, resin, and thousands of other types of produce, without which regular life would be unthinkable. But do you know how exactly petroleum was formed on our planet?

From a geological point of view, this is a very long process, taking anything between 50 and 350 million years. The main sources of petroleum are large quantities of primitive dead organisms, like algae and zooplankton, which are trapped and buried under sedimentary rock in seas, lakes, rivers, and areas close to their shores. To remain naturally trapped, the rests of those organisms firstly get into lower layers of waters that do not have dissolved oxygen in them. As years change, the layer of those dead organisms becomes thicker and denser, being covered with more sediments. In millions of years, the fossilized remnants are exposed to high temperatures and pressure without access to the outer environment and get structurally and chemically changed through decomposition and rearrangement. First, the changes are likely to happen to organic matter, making it change to become a waxy material called kerogen, which is the first stage of oil formation. This is backed by the evidence of finding kerogen in oil shales around the world. Then, in the process of catagenesis, the waxy matter changes to gas and flowing oily matter.

After the climate changes on the planet, seas and rivers have changed their shape and territory, revealing most places of oil being now on dry land, not under the seabed (but lots of oil sources are in still waters today). 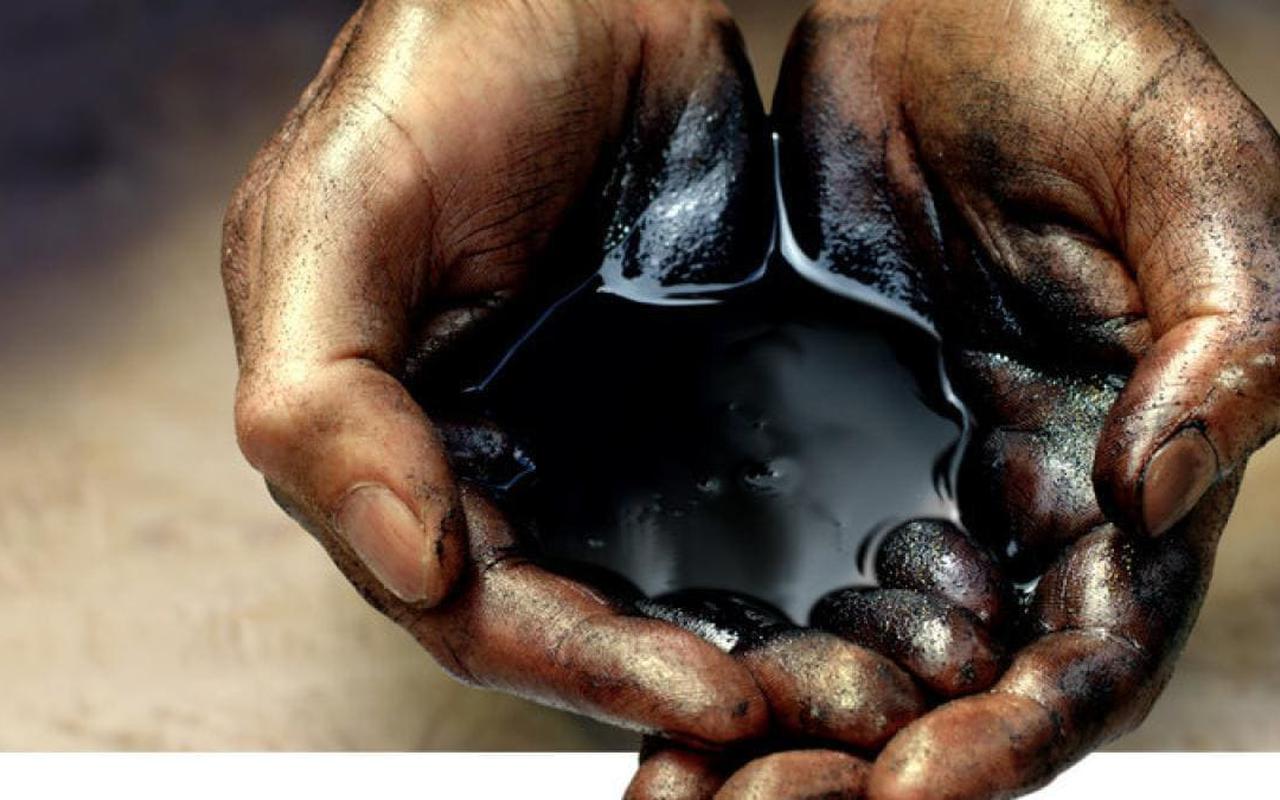 The main difference between liquid fossil fuel petroleum and solid fuel like coal is that the source of their origin is different: coal is formed from the rests of plants (like ancient ferns and trees), whilst oil is formed from living organisms not having hard tissues or a skeleton in their bodies.

Depending on the place of formation of oil, it has vastly altering color (from black through yellow, greenish, reddish, and to transparent) and chemical properties.