You’ve probably seen numerous videos of how space rockets are launched. They are driven away from Earth’s gravity by the roaring thrust of their engines spewing burning chemicals, taking up to 90% of the rocket’s hull and volume. The thrust is needed to give those rockets at least minimum cosmic speed so they are able to overcome the gravity of our planet, which is measured in several kilometers per second.

If that speed and power are so high, how come there are entire planets in space that have previously had an atmosphere and now they don’t, as it all has evaporated? Gases composing the atmosphere don’t have such insane speed and they are brought to the surface by gravity, right?

It turns out, those gasses run away from planets based on a number of physical laws, including dissipation (thermal escape), non-thermal escape, gravity loss, solar wind, and impact erosion.

In the 21st century, we know that Mars has lost all its atmosphere when the core of the planet has stopped spinning and thus, the protection from solar wind was lost. With no magnet lines on the planet now, which could protect high-energy solar wind particles to bombard the planet, they hit particles of Martian atmosphere into outer space. The process is extremely slow, from millions to billions of years, but Mars did have plenty of that time. So even before humanity could look at its surface, the entire atmosphere has vanished.

But not just solar wind is responsible. When Mars (and, probably, trillions of other planets in our Universe in a similar manner) died after the stop of the core spinning and tectonic processes, particles of air were lost into space thanks to thermal dissipation – one of the most powerful mechanisms to lose atmosphere. It works like this: air is a number of atoms that constantly collide with each other. In the denser lower layers, they do not have long-run paths between collisions, whilst in upper layers of the extremely thin atmosphere, they may accidentally gain large energy of movement from the last collision and fly into open space without hitting any other particle on their way. The smaller the item escaping Earth’s gravity is the lower energy it needs to escape. So when some particle gains enough energy to escape and it isn’t returned back to the planet by other collisions, it freely escapes, leaving an extremely thin but long tail behind the planet flying in the space around the center of its universe. 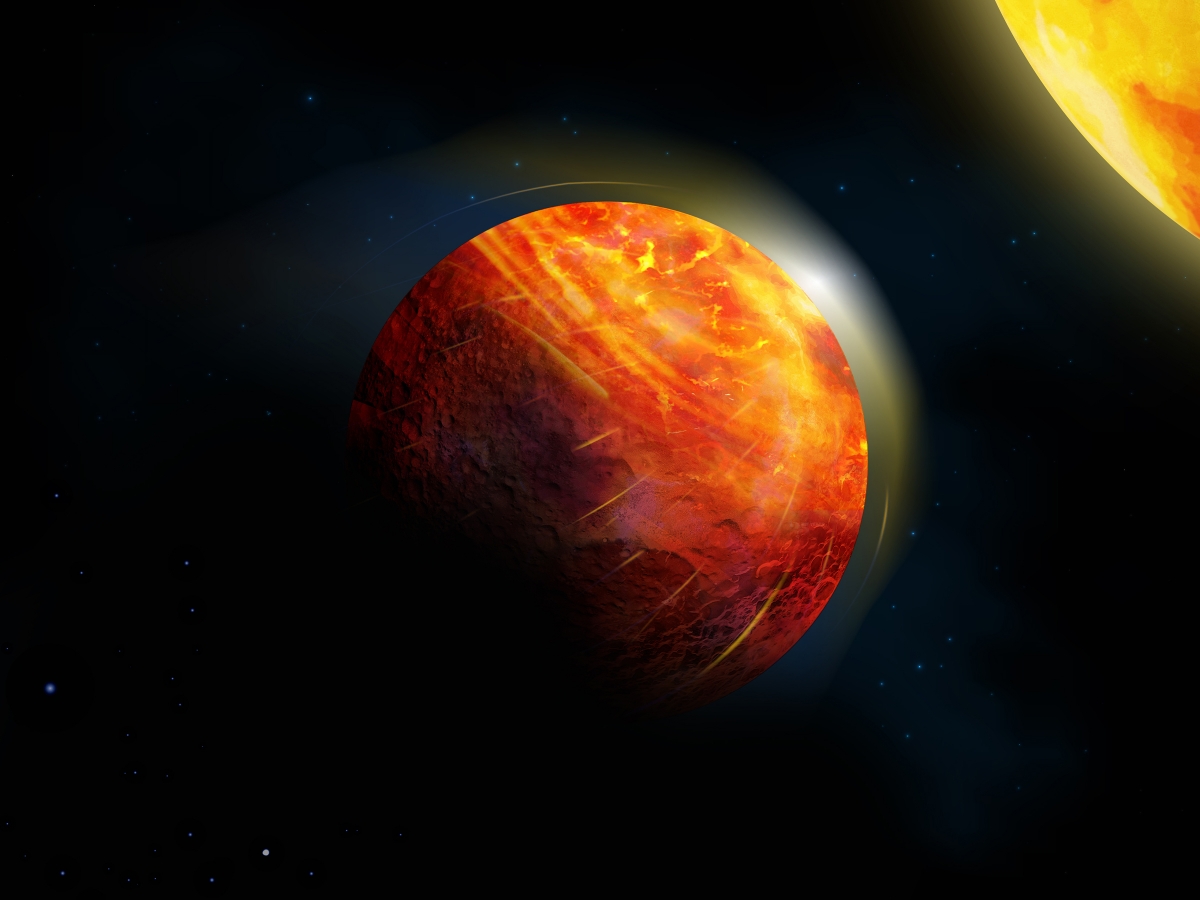 For instance, Earth loses approximately 3.5 kilograms (7.7 pounds) of the atmosphere each second (and replenishes it almost entirely from Earth’s crust and water by tectonic processes and evaporation). With this tiny speed of loss, its entire atmosphere will be lost in trillions of years – many-many years after it dies from the Sun’s blast as a supernova. So don’t worry we’re all getting suffocated anytime soon.